FIP organised the ceremony for 39th Awards For Excellence In Book Production on 28 September 2019 at Claridges, New Delhi. Mr Parvesh Sahib Singh Verma was the chief guest on the occasion. He spoke of the importance of Indian publishing and for an urgent need to have a national policy to support India’s growth as a knowledge economy and take into account the rapid technological changes and digital growth in publishing.

The Awards for Excellence in Book Production which is given every year at the time of the Delhi Book Fair are industry benchmarks in assessing national production standards. The objective of the competition for Awards is to motivate publishers to improve the quality of production of books not only in the area of paper, printing and binding but also designing and typography, layout and readability, and the general feel of the book.

The Awards which used to be restricted to only members of the Publishers Associations have now been made open to all publishers. Any publisher in India is eligible to compete. The public sector publishing houses, Universities and state textbook bureaus are also eligible to participate in this competition.

The federation can say with great satisfaction that Indian publishing is able to match international production standards. At the international book fairs, be at Frankfurt or London or Moscow or Beijing, we now display Indian books with pride alongside those from the more advanced countries. This was not so till about a decade ago. The credit for this constant endeavour to match the best in the world goes to each one of the recipients, and all the members of the book industry. Striving for excellence too is to be applauded. In this direction, the Federation of Indian Publishers has played the vital role of a catalyst in encouraging publishers by recognizing their efforts and by drawing the attention of others to what can be achieved even with relatively limited resources. This was one of the objectives FIP had defined for itself and has been achieved to a great extent.

This year, the Federation had received 1030 books from 70 publishers. However, the Jury selected 120 titles of 68 publishers for Awards. Out of these 44 titles have been selected for the first prize, 50 titles for second prize and 26 titles for the certificate of merit. The Jury members comprised eminent personalities well versed with different aspects of publishing including Dr. Pramod Kumar, Department of Humanities, IGNOU, Mr Anuj Kumar Bharti, Assistant Director (Production) NBT, Professor N.N Sarkar, Faculty Graphics & Print Production and Shri Virender Malik, Virendra Printers and others. 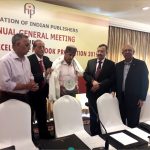 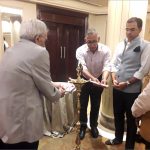 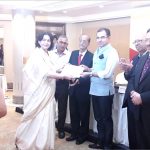 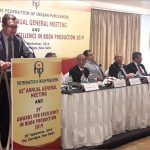 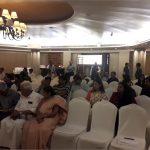